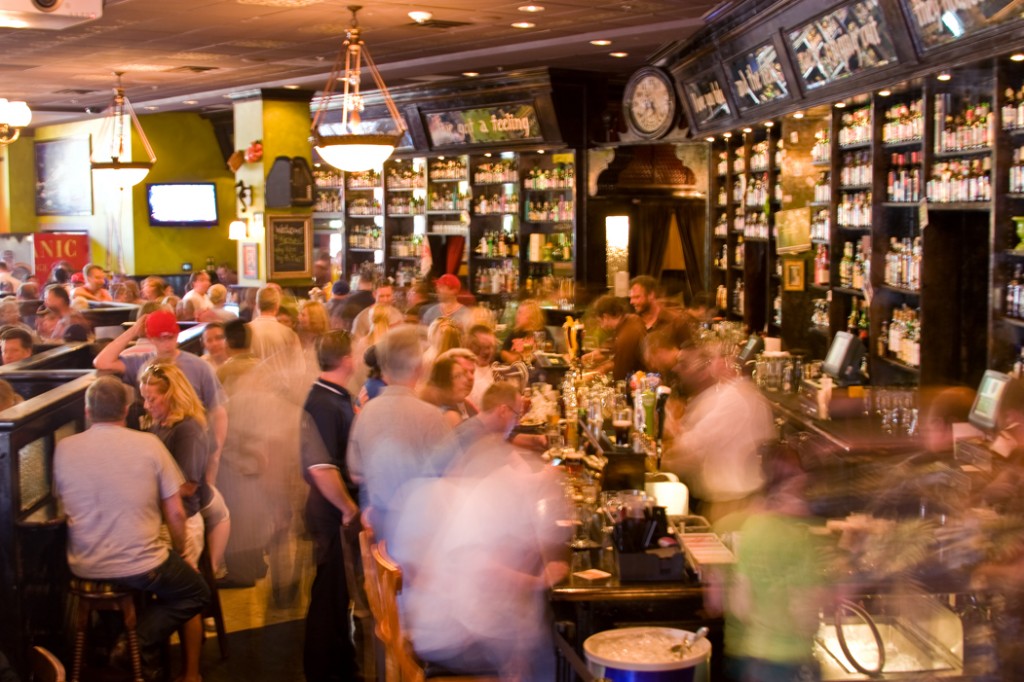 by Siobhan Norton I vowed I’d never become one of them. Those Irish who moved abroad and became more Irish than they’d ever been before. The type who spent weekends crammed into an Irish bar, listening to diddly-eye music, sinking pints of the black stuff, and getting misty-eyed while crooning along to Christy Moore. Except, […]

I vowed I’d never become one of them. Those Irish who moved abroad and became more Irish than they’d ever been before. The type who spent weekends crammed into an Irish bar, listening to diddly-eye music, sinking pints of the black stuff, and getting misty-eyed while crooning along to Christy Moore. Except, then, I did. I’ve jostled with green jerseys while watching a rugby match (I’m not a fan of the sport, really, but you can’t beat the atmosphere). I’ve watched open-mouthed as, in the early hours of Christmas Eve in The Swan in Stockwell, a band of leprechauns stormed the dance floor and stripped to their shamrocked skivvies (and beyond). I’ve even gone to a Christy Moore gig. And crooned along, misty-eyed. But stick me on the Costa del Sol, or in darkest Peru, and I wouldn’t be caught dead in an Irish bar. Many are tacky or old-fashioned, and in no way resemble the “Irish bar” I would frequent back in Dublin or Cork. On times I’ve popped in (to use the loo, I swear!), I normally encounter an inflatable leprechaun or three vying with generic Celtic-style bric-a-brac, and the unmistakable smell of stale Guinness and despair.

Many of my Irish friends agree. Yet Irish bars have endured around the world, some in the most far-flung reaches, from Mongolia to Nepal to Uganda. When Irish bar and restaurant Nuala opened in trendy Shoreditch in London late last year, it was an instant sensation. Who is drinking in them? Irish holidaymakers? The (admittedly large) diaspora? Or everyone else who is charmed by that elusive magic of “the craic”? Irish pubs are on the map “reland ay have a population of just under five million, but there are millions upon millions more of Irish descent worldwide, due in part to the Irish diaspora that peaked in the 1800s,” says Nancy Hoalst-Pullen, professor of geography at Kennesaw State University. She and her colleague, Dr Mark Patterson, have written the National Geographic Atlas of Beer – and they say Irish pubs are very much on the map. “t’s really no surprise that with the mass migration of the Irish over the centuries, cultural aspects of home came ith them,” says Professor Hoalst-Pullen. “This included the local pub, which for many was a place not only to have a pint, but to celebrate life, mourn loss, talk politics, and share gossip and news. A place where you can eat and drink and feel at home “And while the legacy of the public house has been at times commodified, there is reason for that – people want to experience a place where they can eat and drink and feel at home… a place with a particular look and feel that is welcoming, friendly, comfortable, and even reminiscent of a better time.” Irish pubs often have a few things in common. A “Guinness is Good for You” poster with the traditional toucan image; an olde-worlde till that no one knows how to open. There’s a good reason they all feel a little familiar: you can order your style of Irish bar in its entirety. Like the Ikea for bars, the Irish Pub Company offers bar owners a menu of styles to choose from, including “Shop Style”, “Victorian Style” or “Modern Irish & Gastro”. The company works in conjunction with The Irish Pub Concept, an advisory resource originally set up by Guinness for people wanting to open their own Irish bar. An Irish pub in an instant

Donal Ballance, of the Irish Pub Concept, argues that while the Irish pubs they work with are curated, they are not inauthentic. “The Irish Pub abroad almost seems a source of embarrassment to Ireland Inc,” he says. “There have been many articles scorning McPubs and the laughable ‘authenticity’ of any pub outside of Ireland. Yet on Tourism Ireland’s site, the two biggest tourism magnets are…wait for it…. yes, pubs and the Guinness Storehouse. A significant driver behind that tourism are the great pubs developed over the past 20 years in 153 countries by hard-working but unpaid and unappreciated ambassadors.”

Ballance says the company helps Irish and non-Irish people around the world try to capture the essence of an Irish pub. “They visit Ireland, they have the pub designed and built-out professionally, they talk endlessly to people who have done it before and they gain insights into what makes a pub tick. They don’t always get it right… and we can tell from the loafing leprechauns and the over-abundance of shamrock bunting who they are.”

The Irish Pub Concept came about inn 1992 as the result of an initiative by Guinness Brewing Worldwide, who had watched the great growth of Irish Pubs in Europe during the late 1980's and 1990's.